The Tennessee Titans travel to Cincinnati to take on the undefeated Cincinnati Bengals Sunday in a game that could have lasting implications in the AFC later in the season particularly for the Titans. The AFC this year could be weaker than ever and the Titans are only one game behind the Texans in the division.

It is popular to forget in the all still popular bashing of the former coaching staff that the Titans remained in the playoff hunt until late in the season last year. The Titans ultimately didn’t win enough games but what also was going to hurt them was record in the division and conference.

Let’s face it all games matter if you are a team like the Titans that has struggled to make the post season since the 2008 season. Division and conference games matter and 2-4 in the division and 6-6 in the conference wasn’t going to fly.

The AFC South division title is attainable as the Colts and Jaguars are currently win less. The Titans will need to bring their “A” game in every single game if they want to get back to the playoffs. 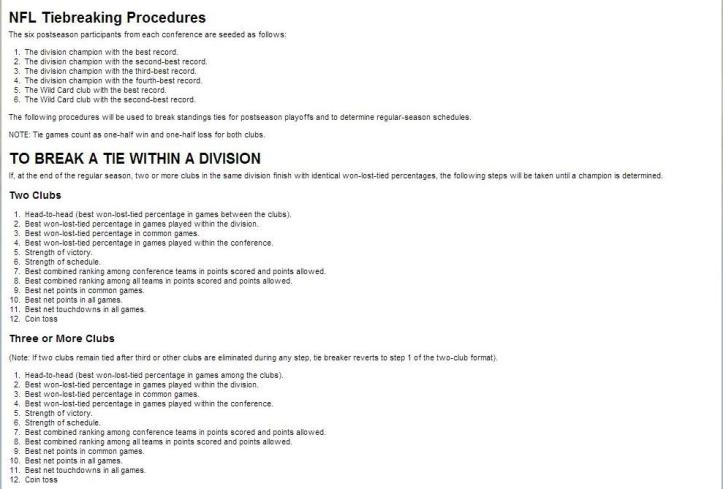 The Bengals right now are one of the better teams in the AFC. Currently ranked third in the league in passing yards, they are seeing their young quarterback Andy Dalton play extremely well under new offensive coordinator Hue Jackson. Coincidentally, the Bengals are ranked thirteenth overall in rushing yards.

The Titans might wish their young quarterback were playing as well as Andy Dalton but they probably wouldn’t ever say it. Both quarterbacks hail from the infamous 2011 draft class that produced Christian Ponder and Blaine Gabbert too. Locker of course was drafted with the #8 overall selection while Dalton was taken in the second round #35 overall by the Bengals.

Locker has started out slowly in the first two games and put up a rather dreadful first half performance at home against the Cowboys last week. He wasn’t helped by the offensive play calling however. The Titans are currently ranked fourteenth in both passing and rushing yards. I repeat myself but it behooves the Titans to establish their run game and stick to a more balanced offensive game plan Sunday against the Bengals.

On defense, the Bengals were expected to slip a bit with the loss of defensive coordinator Mike Zimmer but let’s face it there is far too much talent on that defense for them to slip too far and indeed they are ranked eleventh against the run. Where they are weak is in the secondary and they rank twenty seventh there giving up 270.5 passing yards on the average per game. Hopefully the Titans can exploit that to their advantage.

The match-ups to watch in the game are in the trenches. The Bengals offensive line might be the best in the business right now and if they aren’t they are pretty darn close. The Bengals have yet to give up any sacks and have only given up three quarterback pressures. It’s not coincidence Dalton has yet to throw an interception.

On the other side of the ball, the Titans offensive line has given up four sacks, 1 quarterback hit and 20 quarterback pressures. Locker has been under pressure a lot and the offensive line needs to do a better job at pass protection as do the running backs. Sankey can be forgiven because he is still working this area but Shonn Greene needs to do better.

The final key to this game is the run game. Both teams will be looking to establish the run early and the Titans were terrible against the run against the Cowboys. Cowboys tight end Jason Witten played every single offensive snap against the Titans and his blocking was instrumental in getting their run game going. Jermaine Gresham is a good player for the Bengals but not known as a run blocker.

Special teams is also an area to watch as the Titans coverage units has been sub-par. The Titans can’t get anything going in their return game and have been dangerously close to giving up a return touchdown a few times going back to the pre-season. Field position will be key in this match-up and the Titans returners need to make better decisions in the return game.

The Bengals should have AJ Green back on the field although it is likely they could rest him. Vontaze Burfict isn’t likely to play after sustaining his second concussion in a short time period. Also, linebacker Sean Porter, running back Rex Burkhead, defensive lineman Brandon Thompson, and offensive lineman Kevin Zeitler are doubtful as well.

In addition to Burfict, the Bengals are without tight end Tyler Eifert and wide receiver Marvin Jones. Tight end Alex Smith was just placed on injured reserve as well. The only significant injury for the Titans is cornerback Jason McCourty who is questionable with a groin injury.

The game will be broadcast on CBS and the announcers will be Brad Johansen and Chris Simms. The temperature is expected to be in the 70s with light rain. The current line has Bengals -7 and they are 10-1 ATS at home including their home playoff game. The Titans are are 5-1 SU and ATS in their last six games against AFC North opponents. The officiating will be done by Brad Allen and his crew.